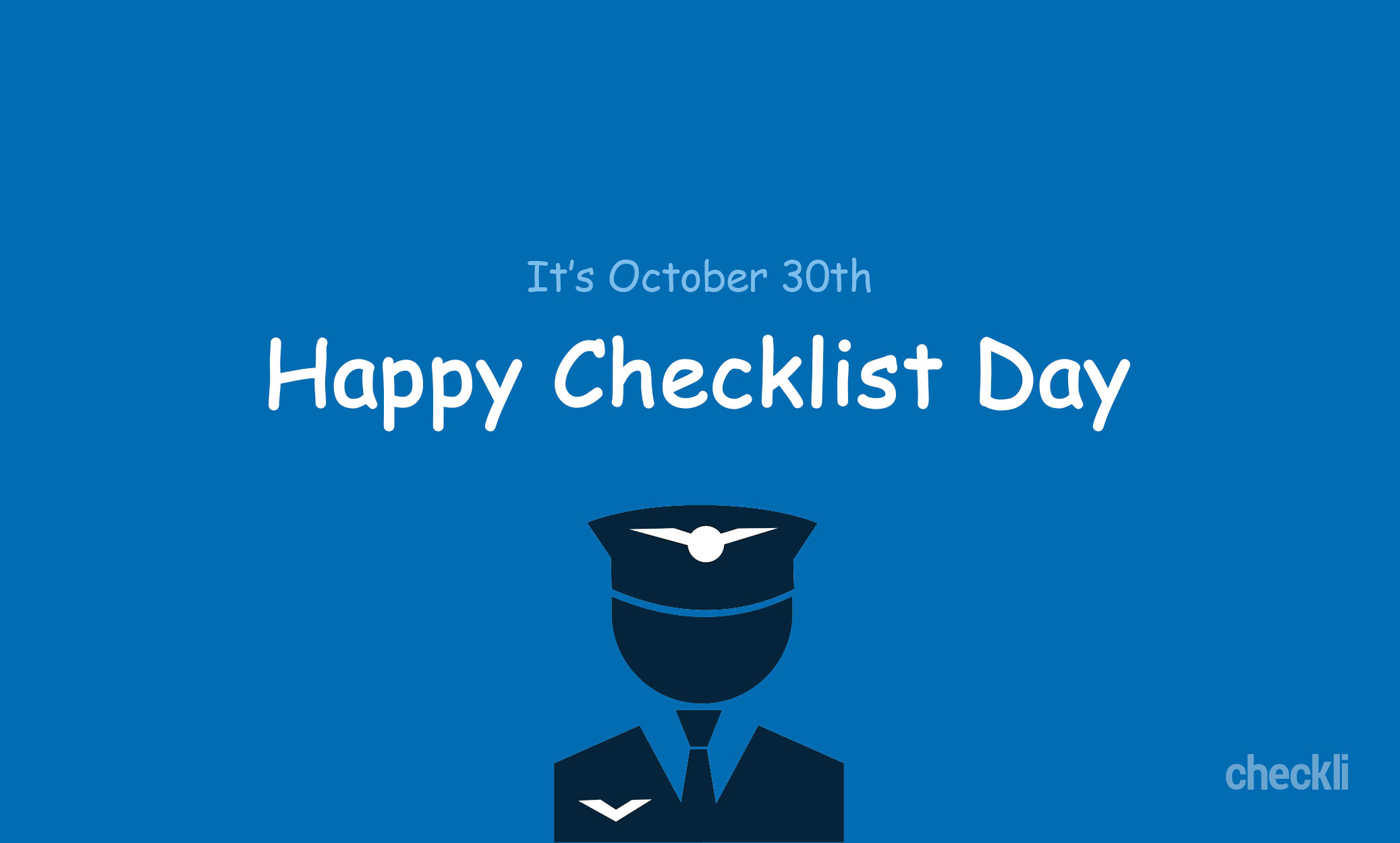 Checklist day is celebrated on October 30th each year. It’s a day we celebrate the importance of using checklists across all industries, companies, and in the home, all around the world.

When is Checklist Day?

Checklist day is October 30, every year.

When did Checklist Day start?

Why was Checklist Day created?

On October 30, 1935 a deadly airplane crash happened during a test flight of Boeing’s new B-17 Flying Fortress. Boeing was displaying and showcasing the new aircraft for the United States Military. Moments after takeoff, the B-17 crashed into the ground killing the pilot and injuring several others.

It was later determined that this expert pilot and co-pilot had simply forgot to release the flight control gust locks, causing the plane to immediately crash. Boeing almost went out of business.

After further investigation, it was determined that it was “too complex” for man to fly.

From that moment on, Boeing implemented mandatory checklists to be used by pilots on takeoff and landing.  Hence, why October 30 is Checklist Day.

How do I celebrate Checklist Day

Make a free checklist to accomplish simple tasks or bigger goals at home or at work. You can also share the power of Checklists with friends, family and co-workers.